I can’t remember where I heard that phrase.  A popular movie line?  A famous poetic refrain?  A great speech?  It will come to mind when I go “softly, softly” releasing the effort to press hard for recall.  I’m guessing that was the context of the original phrase; embracing the concept of easily moving toward the goal.  Paradoxically, the concept that "harder gets the results" is more widely accepted. Perhaps it depends on the situation which concept is appropriate. Indeed, in mindfulness it's not how hard you work, it's how committed you are to the practice.

I can remember first being introduced to mindfulness practice in a group setting and how several people were hard pressed to “get it” and get on to the next steps.  However, the facilitator explained “softly, softly” (that was not the exact phrase) was the approach for best benefit.  I for one, was very glad to hear that; it suited my spirit and I’ve way continued the practice in many the years since that initial group.

Mindfulness may seem hard for some who are accustomed to working hard to get the results.  Yet, mindfulness as practice yields the best benefit when you are able to go “softly softly” in the quiet, stillness to focus on breathing.  Initially this may be hard for some to practice, and that's where commitment comes.  The more you practice, the easier it becomes to move “softly, softly” into mindfulness toward better balance and awareness of the now, present, moment.

“Commitment is an act, not a word.”
Jean-Paul Sartre
Softly 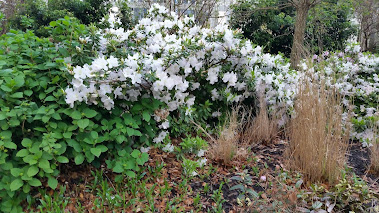 Believed to be a native to North Africa, the Middle East, and the Indian subcontinent, Purslane  reached Europe by the late 16th century. It now grows in most parts of the world, preferring tropical weather and/or warm temperatures. Cultivated more than 4,000 years for food and medicinal use, this weed still serves both purposes today.  Considered very nutritious, Purslane is high in omega-3 fatty acids (like those in fish and flax seeds), with other health properties such as vitamins A and C, calcium, iron, magnesium and potassium and antioxidants.  Both leaves and seeds are edible and Purslane is prominently used in cuisine around the world. Writing a series of essays on weeds is about finding hidden meaning, uncovering nuisances and discovering purposefulness in unexpected places.  In many ways it is a metaphor for how I’ve found ways to dig myself out of some the muck and mire circumstances in living life.  It’s a salient reminder about the intent of the practices I embrace to help
Read more

The capacity to enjoy comes so easily, naturally to children. They enjoy whatever they are doing at that moment without regard for anything else. And when done with those things in that present moment, children move on to the next opportunity to enjoy whatever they are doing in the present moment. You see, although it can be said that it’s hard to hold a child’s attention; once children are engaged in for example an alternate-world-fantasy cartoon, a superhero movie, a video-game, Xbox, YouTube script, etc, he/she is truly engaged. Children have a fantastic ability to pay attention, exclusively to what is going on in the right now, present moment. However, as adults we learn, we are taught to diversify our attention in so many different directions. We lose touch with our capacity to pay attention, to make our focus exclusive when eating a meal, driving, talking with someone, even walking and in practice of mindfulness. I refer to children because the skill set needed to practice
Read more

Retrieve. Reset. In. Out. Hold. Let Go. How do you explain the process of breathing to a 7 year-old? It’s like trying to explain the obvious; the sun, the sky, water. It’s so simple...it's natural. While visiting my niece wanted to join in as I began my morning yoga. I was delighted and explained to her that we would be doing a lot of quiet time. Even as I said this and she happily agreed, I knew she didn’t quite understand or frankly care what that “quiet time” means in yoga. She just wanted to join me (and of course is always super when a little wants to embrace something healthy). Also, before we began I explained that she should stop if anything hurts, doesn’t feel right or she simply doesn’t want to do it. “This is fun. Not a contest. We each do what we can. It’s easy that way,” I further explained. “Ok Auntie. Ok. I got it,” she said excitedly. So we began. All is well as we begin with Mountain Pose both of us standing tall, settling and steady. This is a mod
Read more