I can’t remember where I heard that phrase.  A popular movie line?  A famous poetic refrain?  A great speech?  It will come to mind when I go “softly, softly” releasing the effort to press hard for recall.  I’m guessing that was the context of the original phrase; embracing the concept of easily moving toward the goal.  Paradoxically, the concept that harder gets better results is more widely accepted. Perhaps it depends on the situation which concept is appropriate. Indeed, in mindfulness it's not how hard you work, it's how committed you are to the practice.

I can remember first being introduced to mindfulness practice in a group setting and how several people were hard pressed to “get it” and get on to the next steps.  However, the facilitator explained “softly, softly” (that was not the exact phrase) was the approach for best benefit.  I for one, was very glad to hear that; it suited my spirit and I’ve continued the practice in many years since that initial group.

A mindfulness practice may seem hard for some who are accustomed to working hard to get the best results.  Yet, mindfulness as practice yields the best benefit when you are able to go “softly softly” in the quiet, stillness to focus on breathing.  Initially this may be hard for some to practice, and that's where commitment comes.  The more you practice, the easier it becomes to move “softly, softly” into mindfulness toward better balance and awareness of the now, present, moment.

“Commitment is an act, not a word.”
Jean-Paul Sartre
Softly

Breath is the energy of life engaging and encouraging body, mind and spirit.  Every time you breathe, you embrace life anew.  Its an opportunity to center. Mindfulness is quiet, stillness, focusing on your breath you invite calm and empty your mind for clarity.  You open awareness, move towards better balance and the awakening appreciation of the here, now, p resent moment.   The intent, purpose, direction is forward as we create better balance on the path of progress and peace. “We too should make ourselves empty, that the great soul of the universe may fill us with its breath.” Lawrence Binyon
Read more 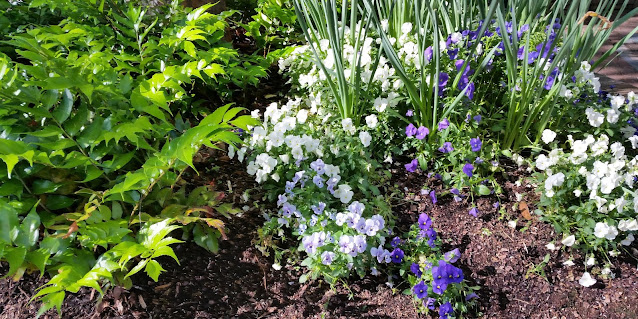 One We are born to grow. Two Growth is a process. Three Growing is blossoming. Every living organism experiences growth. The growth of a coffee bean may look different from lettuce growth. A whale's growth looks different from that of a butterfly. Human being growth looks different from plant growth. Yet, there the truth stands that all living organisms grow.  It's what we were born to do.   However, we don't all grow in the same way, at the same time or within the same time frame. You've heard the phrases "He's a big kid," or "She's too big for her britches" or "I wonder if you will ever grow up." There are many more along the same line, and some less than kind and not so cute about the stage, time and or manner of growth of an individual. Granted there are some specific markers that help us know that our growth is making progress. Nonetheless, it's important to understand that growth is  a process for each individual.   Of cou
Read more